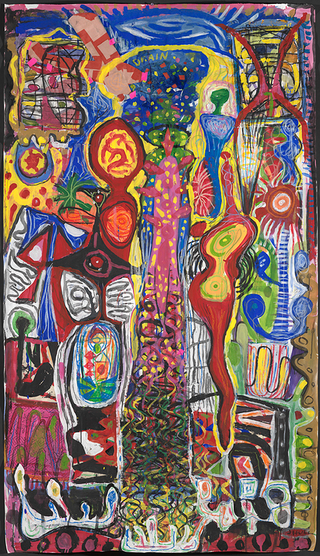 Got to hang out with Jeff Hull this winter as it turned into spring. He was preparing for a show at the Hall Space and we sort of took the piece I wrote a couple of years ago as a starting point, broke down the staging and started again, talking about what his art was, and iterating through til we came up with this piece. April always brings Titanic memories. Now, Titanic Transmissions as well. Let's get a buzz on! - Jack Vaughan


Jeff Hull's Titanic Transmissions is on display at the HallSpace, 950 Dorchester Avenue Dorchester, MA 02125, weekends through May 24! Other times by appointment.

Walk the streets and hear the children singing - The Ship Went Down - A folk song – it will stick. Tells a story like the blues. The picture of the ship - its radio transmitting. It was always there. Titanic. DitDitDaDitDit dashes - images from Jeff Hull in Titanic Transmissions.

Hull who bicycling down city alley hears the same sirens as the Edison man but to whom the pictures adhere and he goes back to the loft with vision - an itchin’ in the aorta. Drawings and paintings. He just saw posters, sequenced, faded precisely on a wall, like old electric bulbs. He saw them – in Boston - and now, aloft. Rialto! Bijou! Telegraph!

Where’s it come from? Across Hull’s studio hanging on a sagging clothesline: Drawings on clothespins .. Fluttering flaglets in space… Like birds on a wire, if you read them, playing a song. He gets up in the morning and holds on to that Plow. The Plow of Paint, Color and Forms that detonate, like the ancient movie marquees.

Tossed and driven by a sea storm of life raging – ink on paper - first think in the morning and often they call out the shape of something to pursue. Sometimes Hull will track a recognizable figure in oil. A hand. The Titanic. A figure you can verbally grasp swims in an unutterable image pool. Might be looking for you.

The paintings now have bursts, areas that pop and expand - Hull admits to whirling impressions these days that put the literal against the mysterious. In this exhibit, he acknowledges, the shapes, many of them, are cleaner, broader. Some can resonate from the surface in startling manner – the viewer can visit these portions and rest. But the cool press of filmic objects is flipping at the edges too. Jeff Hull’s paintings cut through and explode, exotic, rich and fluid.

And they swing like the American music. The ordinary world is here, calling you too by name. Seen in a universe of visual indications. Cells of modern mind float on canvas, one painting entering another.

We are all in the swim – and there is no wall, no usher’s partition. There is a sweet relief in knowing a way in the cloud to see somehow. Rialto: Bijou: Telegraph: Keep your hands on the Plow To Remember! It’s the night. Hull’s new paintings are ready for your read-through.

~~~~~~~~~~
I did a longer 'Monograph: Titanic Transmissions' posted too.
A YouTube video hopefully is in the works. The reception yesterday was just great and HallSpace is wonderful to make this all happen.
at April 20, 2008
Email ThisBlogThis!Share to TwitterShare to FacebookShare to Pinterest
Labels: art, boston, brain, deracination, jeffhull